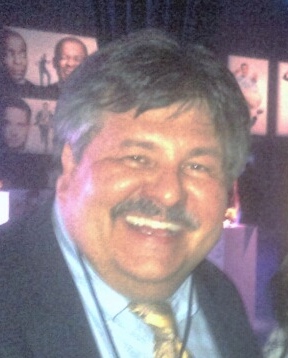 Departed on March 31, 2020 and resided in Naperville, Illinois

Zenon B. Cymbala, age 67, of Naperville, IL died on March 31, 2020. He was born in Leuven, Belgium to Ukrainian parents Dr. Bohdan Cymbala and Vera Cymbala. He is survived by his daughter Cara and his brother Daniel.

Zenon emigrated to this country a very young child on the USS United States and processed thru Ellis Island. At age 16 he had his own television show in Evansville, IN interviewing popular bands like Led Zeppelin and the Rolling Stones. He later pursued a career in Radio throughout the Midwest and landed at WLAC in Nashville with the name Bear "with the hair" Bradley where he met his now deceased wife Patty Brockett. After a few more years in radio and the music business he decided to switch to sales. Working in St Louis and finally Chicago, Zen worked for some of the largest broadcasting companies in the country including Turner, CNN International, Petry and NBC/Universal. He was well known for his generosity and humor. He will be greatly missed by all of us that love him.

A private service will be held at Harpeth Hills Memorial Gardens in Nashville, TN at 2pm Tuesday, April 7, 2020.

2 Comments to Zenon B Cymbala