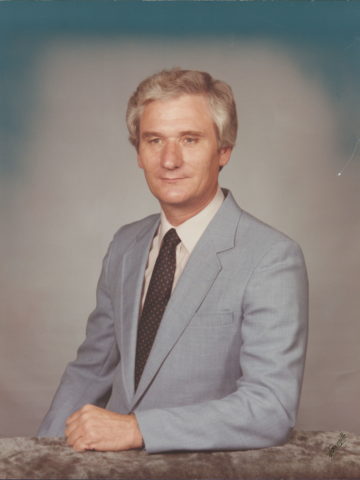 Departed on October 6, 2020 and resided in Fairview, Tennessee

Thomas Risdon Scales passed away peacefully on October 6, 2020 at his home in Fairview, Tennessee at the age of 81, in the presence of his family. He was born on November 27, 1938 in Nashville, Tennessee to the late Malcomb Bush Scales, and Mildred Wray Scales. In addition to his parents, he was preceded in death, by his brother, Jerre Elwin Scales, and sister in law, Patricia Carter Scales.
He is survived by his wife, Beverly Edmond Scales, son, Thomas Risdon Scales, Jr. (Rejane Lisboa Scales), grandchildren, Lilian Lisboa Scales, and Lucas Lisboa Scales.
He was a graduate of West End high school, attended MTSU, and served in the Tennessee National Guard. He was a business owner, and in 1963, he founded Auto Bumper Company, a specialty company in refined and re-chromed bumpers. The enterprise became very successful, and eventually branched into automotive paint, other car and truck accessories, with locations in Memphis, Jackson, Clarksville, Atlanta, and two in Nashville and one in downtown on 4th Ave., North and the other In Madison, Tennessee.
Tommy also founded Nashville’s first recycling plant, Metal Finishing. At the height of his career, he branched into the motorcycle business, opening two dealerships, Kawasaki of Nashville, and a Honda dealership in Georgia, known as Honda of Marietta.
He retired from business in 1999, settling on his farm in Fairview, Tennessee, raising cattle. He also took up pottery, after taking several courses at the Renaissance Center in Dickson, Tennessee and became very adept.
He wrote a memoir in 2016, How I Became an Entrepreneur, which chronicled his life from childhood and forward. Early in life he loved selling and wanted eventually to own a business, in which he certainly accomplished this.
Tommy was raised in the Methodist Church and was a member of Westview United Methodist Church. His faith in God guided him in all he undertook, including his business dealings, and he was not shy about sharing his faith with friends, family, and sometimes strangers.
Visitation will be Monday, October 12, 8:30 – 10:00, with a Celebration of Life beginning at 10:00; all at Harpeth Hills Funeral Home. In lieu of flowers, donations may be made to Westview United Methodist Church in Fairview, Tennessee.