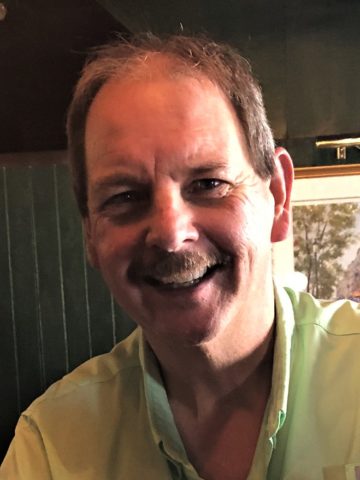 Departed on July 27, 2020 and resided in Lebanon, Tennessee

Stuart Alan Mays, 55, passed away peacefully surrounded by those he loved on July 27th, 2020 after a courageous battle against lung disease.

Stuart was born August 18th, 1964 in Memphis, TN to Linda and James Mays. He graduated from Craigmont High School in 1982. After graduation, Stuart joined the United States Army and had the opportunity to serve overseas in Germany. He remembered his time there fondly and enjoyed sharing stories and memories about his experiences overseas. After his service was completed, he returned home and began his career at Coleman Taylor Transmissions.

Stuart worked at Coleman Taylor for 35 years. He worked his way up the ranks from R&R man, to builder, up to shop foreman and then moved to Middle Tennessee to open a store in Franklin in 1990. Stuart and his team made their shop into one of the top stores among the company. Along the way he won Manager of the Year multiple times, Top Sales, Record Setter, Top Customer Service, and Million Dollar Club. In 2017 he went to Murfreesboro to open another store for the company and hit the ground running. From R&R man to manager and co-owner, Stuart was known for his hard work and dedication to the company.

Race car driving was a large part of Stuart’s personal life and one of his favorite chapters. His children remember growing up at the dirt track nearly every weekend, cheering on #88, and his garage full of trophies that were taller than they were. He met many lifelong friends during his time at the race tracks.

Stuart was an absolute character, always the life of the party. He enjoyed spending time with friends and family on his boat, always seeming to have a frozen bottle of Fireball somewhere, and singing along to rap music you were always a little surprised he knew all the words to. He especially enjoyed putting his loved ones on the inner tube and trying with all of his might to throw them off in the most epic ways possible.

Stuart was born a UT fan and spent his 55 years on this Earth singing Rocky Top and rightfully hating Crimson Tide and the Florida Gators. Cheering on the University of Tennessee Volunteers was of utmost importance to him, and his daughter will continue this legacy by saying “maybe next year’s our year” for the rest of her life.

To the end, Stuart kept his friends and family laughing and reassured them he was at peace and knew our Lord, and that we’d be seeing him again soon. We imagine he’s upstairs playing golf with his Dad, taking a big breath of fresh air for the first time in years without needing his oxygen.

The family will receive friends Friday, July 31st from 2-6 p.m. at Harpeth Hills Funeral Home. Beginning at 6 p.m. there will be a time for sharing your favorite memories.