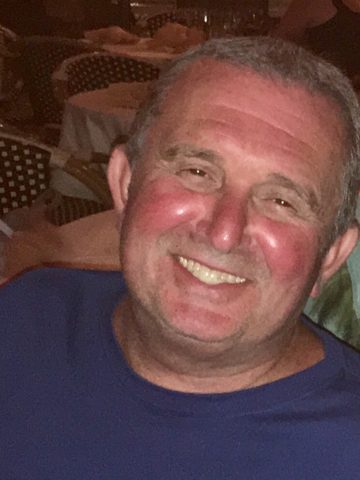 Departed on August 29, 2018 and resided in Pegram, Tennessee

Steven was born in Corydon, IN, raised in Marengo, IN and graduated from Marengo High School. He served his country proudly in the United States Army, retiring after 20 years. He studied business at Maria College, obtained a real estate license, and was a small business owner, distributing product for companies as large as Snyders of Hanover and most recently Pepperidge Farm, where he will be remembered and missed by all.

Steven enjoyed being outdoors and maintaining an active lifestyle. He rowed competitively in upstate New York, was an avid jogger for many years, a skier, and could be found most weekends with friends and family on his pontoon boat. His work ethic was second to none; his motto was “work hard, play harder” and he lived that motto all the way to the end. He could always make you laugh, was a spirited member of any gathering, gave you his honest opinion if you asked and never let anyone settle for less than their best.

Donations can be made in memory of Steven to Army Emergency Relief https://www.aerhq.org/ or Our Kids Center https://ourkidscenter.com/

Steven Pearson lived a good life and he’ll be truly missed by all that knew him. A visitation will be held at Harpeth Hills Funeral Home on Wednesday, September 5, 2018 from 4-8 p.m. A Celebration of Life Service will be at 10 a.m. on Thursday with the interment to follow at Middle Tennessee Veteran Cemetery.