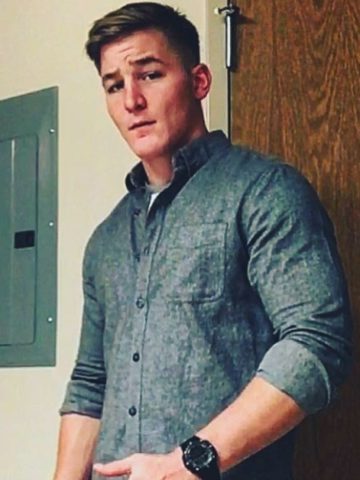 On February 24, 1993 in Nashville, TN Caleb became the second of three sons born to Edward G. and Tina S. White. He spent the next 24 years feasting on the opportunities that life offered him.

Caleb was a 2011 graduate of Fairview High School where he was active in ROTC and wrestling. He loved working and found his first job with Puckett’s Grocery in Leiper’s Fork. He remained there and worked with his family’s construction business until he departed for Army training in January 2012.

In the Army, Caleb excelled in his training and accomplishments. He was Airborne, Air Assault, paratrooper, Radio Signals Operator attached to the Special Forces at the time of his death. He had gone through Ranger Selection and was deployed to Afghanistan in 2015.

Caleb will be remembered for many different reasons. Some will recount his creativity, others will remember him as funny and sweet, and many will reflect on his personal faith. His family will cherish him as brave and fiercely loyal to those he loved.

He was passionate about history and learning – recalling dates, locations and people involved. He was a voracious reader with a special attachment to the works of John Steinbeck. His talents also extended to playing the guitar, song writing and a love for physical fitness.

In his circle of friends and family, social media erupted at the news of his death. A former teacher, Robbie Grayson wrote he was “by far one of the most obnoxiously intelligent students I taught, who balanced belligerence with deep-seated respect and an old-world affection that made me feel a part of his family.”  Caleb’s “old-world affection” will be his legacy.

In a private ceremony with military honors, Caleb’s family will welcome him home at Nashville International Airport on Friday. They will welcome friends to gather and celebrate his life on Saturday, March 18 from 12:00 until 2:00 PM at the Pavilion at Harpeth Hills, 9090 Hwy 100, Nashville, TN. The gathering will close with military honors being provided by the United States Army at 2:00 PM.

In keeping with Caleb’s unique approach to life, his family makes the following requests. If you wish to send flowers, they are fine with that decision, however, it is their desire that donations be made in Caleb’s honor to the Wounded Warrior Project, or to your preferred organization. Due to his love of reading, you may consider donating a book to a school library. Whatever you choose, honor his life with a random act of kindness. Do something to share his passion for life with someone else. Be a blessing to those who are not expecting it!

Additionally, his family requests that the appropriate attire for the Celebration of Life is “come as you are.” Be comfortable, as you know Caleb would want you to be.