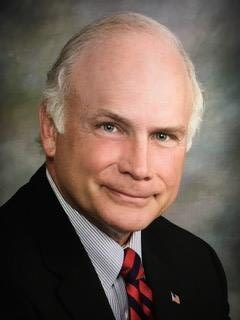 Departed on January 18, 2019 and resided in Nashville, Tennessee

Samuel Wilson Bartholomew Jr. died January 18 from complications of Alzheimers. He was 74. He was from Kingsport, Tennessee, son of the late Charlene Oakes Bartholomew and S W Bartholomew Sr. He and his wife, Vicki, have been married 52 years.
Sam was a good student and gifted athlete on the gridiron which landed him an appointment at the United States Military Academy. At West Point, he had an exemplary four years including captain of the football team, a cadet captain and battalion Commander.
Graduating in 1966 while the country was at war with Vietnam presented challenges and opportunity. Sam rose quickly to the rank of Captain after serving in Europe, attending Jungle Warfare School, and Airborne School. He then headed for southeast Asia where his class suffered many causalities in the Vietnam conflict. As an officer and Ranger, of the 101st Airborne’s Armored Cavalry Division, Sam saw combat from the front lines. His military awards include the Bronze Star for Valor, the Bronze Star Meritorious, the Air Medal, The Army Commendation Medal, and the Vietnam Service Medal among others.
Returning stateside, he was as frustrated by our country’s lack of support for returning soldiers as he was by the war’s management from Washington. He decided to get a law degree and become active politically. He received the Patrick Wilson Scholarship to Vanderbilt Law School, where he excelled as a member of the Law Review and Order of the Coif. While in Law school, he worked during a summer in the office of Senator Howard Baker and the next year managed Senator Bakers’ statewide Senate campaign. He also worked in the Reagan campaign. He chaired the Vietnam Veterans Leadership Program in Tennessee. That group was responsible for the Vietnam memorials in our nation’s capital and here in Nashville on the War Memorial Plaza. This earned Sam the Governors Outstanding Tennessean Award in 1984. He was always a military man and later in 2006 chaired a “Wounded Warriors” fundraiser for soldiers injured in Iraq. In 2015, the Wings of Liberty Museum honoring the 101st Airborne division, honored Sam with the Liberty Patriot Award.
Sam founded the Nashville law firm, Stokes and Bartholomew, which today has merged with Adams and Reese. He was inducted to the American Bar Association and recognized as a force in the legal field in Nashville. One of the young attorneys who practiced with him remember him as “one of the largest, most dynamic personalities I have ever known.” He was a gifted mentor and team-builder. He was for many years the attorney for the Nashville Airport and became respected for his knowledge of aviation law. He is a past chairman of the Legal committee of Airports Counsel International. He was selected as a member of “Best of the Bar” in 2005 and is a member of “Super Lawyers” in 2006.
His outstanding business career included stints on the boards of CCA, Fannie Mae, Third National Bank, Union Planters and Regions Financial. Throughout his career, Sam was an active member of Nashville community civic organizations. YMCA, Rotary, Nashville Chamber of Commerce, Salvation Army, St. Thomas Hospital, Growth Enterprises and Incubation Center, and others. Many remember Sam for his conservative, folksy column, Taking Issue, in the Tennessean during the late 90’s. His fingerprints are everywhere in a city that was growing with potential.
Sam was a sports fan extraordinaire. He and Vicki attended hundreds of games watching their sons play football at the University of Tennessee and Davidson and son-in-law playing professional baseball. He commented that the Lord had blessed him and given him great pleasure through the athletic prowess of his boys. In the community, Sam was on the Nashville Sports Counsel, and promoter of the Music City Bowl. He served as President of the Tennessee Sports Hall of Fame and chairman of the 1996 Tennessee US Olympic Committee. Instrumental in bringing the Titans to Tennessee, he chaired the “Just Build It” campaign that raised over $100 million in suite sales which was essential to bring the Houston Oilers to Nashville. He was a founding member of The Golf Club of Tennessee. In 2009, Sam was awarded to Lifetime Achievement Award as an inductee into The Tennessee Sports Hall of Fame. In 2019, Sam will be awarded posthumously the Roy Kramer Contribution to Football Awards by the National Football Foundation.
Sam was a Christian and attended weekly men’s Bible study. He believed in faith in action and was active in Christian causes. He was a long-time supporter of Fellowship of Christian Athletes and a past chairman of the Governor’s prayer breakfast. In 2000, he was vice-chairman of the Billy Graham Crusade in Nashville. The Operation Andrew Group named Sam to be the recipient of the 2012 Joe and Honey Rodgers Business Leadership Award in recognition for outstanding leadership in the community, service to others, and commitment to Christian principles forming the basis for all that he does. He co-authored Gods Role in America with Stephen Mansfield for a friend to explain America’s Christian foundation.
When Sam was named Father of the Year by the Diabetes Association in 2004, he credited a Christ-empowered life and great family for his success. Sam is survived by his wife, Vicki; son, Bo Bartholomew and wife Sarah; daughter Anne Dickey and husband, RA; son, Will and wife, Shelly; son, Ben and wife Sarah Elisabeth; and fourteen grandchildren. His brother, David and wife, Caroline of Nashville; sister, Becky and husband, Dr. KD Weeks of Charlotte; and sister Susie of Kingsport.
Visitation will be at St. George’s Episcopal Church from 10:00 – 12:00 on Thursday, January 24. A memorial Service will be held at 12:30 in the sanctuary.
The family would like to thank the outstanding, compassionate caregivers who cared for this wonderful man. You are our heroes.
In lieu of flowers, please make contributions to one of the following: Abe’s Garden at 115 Woodmont Blvd., Nashville, TN 37205; Fellowship of Christian Athletes at 449 Metroplex Dr., Nashville, TN 37211; or Sam Bartholomew Vanderbilt Law Scholarship for Veterans at 131 21st Ave. S. 37203