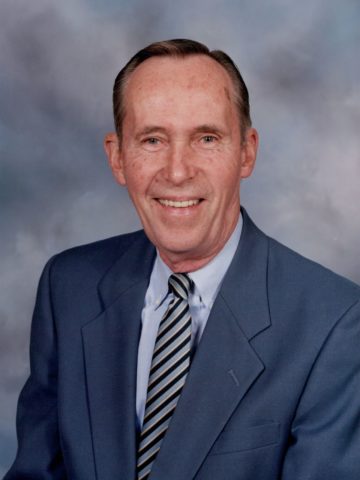 Departed on June 26, 2019 and resided in Nashville, Tennessee

The loving husband of the late Patricia Ann Shaughnessy (nee Houlihan) for 58 years, he worked most of his life in managerial positions in the manufacturing sector, where he was known for his integrity, intelligence, organizational skills, and good humor.

Robert was born December14, 1931, in Chicago, IL, to James Edward Shaughnessy, an executive with the Pacific Fruit and Express Railroad, and Mary Irene Shaughnessy (nee Miller), the third of four siblings, James, Barbara, and Mary, all of whom preceded him in death.

Following his father's untimely death of pneumonia in 1936, Robert and his siblings were lodged and educated at St. Mary's Training School (now Maryville Academy), Des Plaines, IL. Shortly after graduation, he took a job with the Marquette Cement Company, in Chicago.

He was drafted into the U.S. Army in February, 1952, and served with the Eight Infantry Division, Third U.S. Army, at Fort Jackson, SC. He was honorably discharged in February 1954, with the rank of Staff Sergeant.

Robert and Patricia married on October 15, 1960, and, in quick succession over the next four years, had three sons, Robert James, Thomas Francis, and Christopher John.

In his professional life, Robert was an executive/manager in the engineering and purchasing departments of Marquette Cement, Gulf + Western Corporation, and Rogers Group, to name but a few. He retired to consulting work in the mid '90s.

In lieu of flowers, memorials should be made to St. Matthew Church or Maryville Academy.