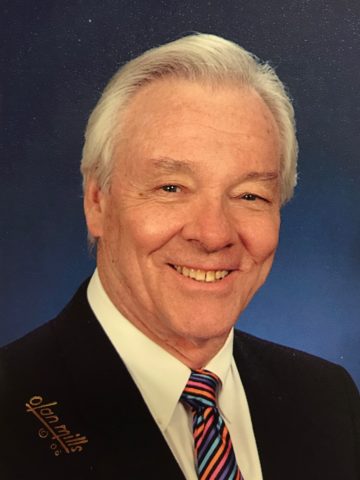 Born in Nashville, Tennessee on October 9, 1934

Departed on January 25, 2018 and resided in Nashville, Tennessee

Robert Boyd Bogle III-Born October 9, 1934 to Emma Elizabeth Greene Bogle and Dr. Robert Boyd Bogle, Jr. in Nashville, TN. He passed away at home with family at his side, after a short courageous battle with cancer. He was educated at Woodmont Grammar School, Hillsboro High School and graduated from Montgomery Bell Academy. While in high school, he began dating June Greer and continued their courtship throughout high school and college. He attended Georgia Institute of Technology where he received his degree in Architecture. In June of 1956 they were married and began their family as Boyd began his architecture practice with John Charles Wheeler and Associates. In 1968, he and John Badger opened their own firm of Badger-Bogle Architects. He was licensed in most of the southern states as well as designing the employee living quarters for King Fayed Hospital in Saudi Arabia. Their partnership practiced until 1998 after which he had his own firm. In his semi-retirement years, he did design work at John Coleman Hayes Contractors.

One of the highlights of his last years was to be elected a commissioner in the city of Belle Meade. With his expertise and knowledge of how to further projects, he was a valuable member of the commission and loved being a part of it.

Throughout his life he and June loved to travel. In 1986 they spent a month going around the world on their own. After visiting many countries, in the later years they settled on Italy as their favorite and would spend several weeks there during spring or fall. They had many trips with their family, especially enjoying Christmases in the Caribbean.

Boyd was a lifelong member of First Presbyterian Church. He served on the Board of Deacons and as a Sunday School teacher for years. His life will be celebrated at the church, 4815 Franklin Pike, Nashville, TN 37220 on Monday, January 29, 2018 at 12 noon with visitation from 10 a.m. – 12 p.m.

In lieu of flowers, memorial contributions may be made to Nashville Opera, 3622 Redmon St. Nashville, TN 37209