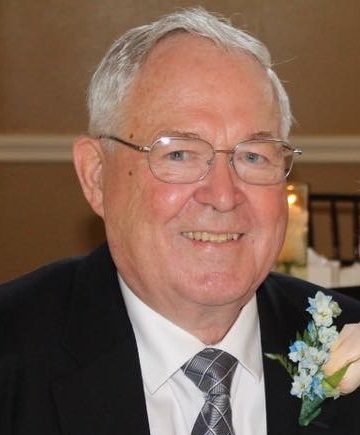 Departed on October 20, 2020 and resided in Brentwood, Tennessee

Robert “Bob” Bolger, age 84 of Brentwood, Tennessee, was born to Glenn and Ruth Bolger on the family farm in Coon Rapids, Iowa, on February 26, 1936. He passed away on Tuesday, October 20, 2020 at Williamson Medical Center in Franklin, Tennessee.

Bob was a patriot who loved his country. He served with honor in the United States Air Force, Air National Guard and Selective Service for 28 years, retiring as a Lieutenant Colonel.

Bob was hardworking with a stellar career. After graduating in Electrical Engineering from Iowa State University in 1957, Bob started his career as an Engineer for Exxon and moved to Baton Rouge, Louisiana. He loyally progressed into various management and department head leadership roles. In 1976, he was transferred to Houston, Texas to lead the consolidation, integration and centralization for Exxon’s mathematics and computing department. His career culminated in his appointment as President of NPC Services, where he lead a massive environmental cleanup site in Baton Rouge, Louisiana.

Bob’s life was spiritually guided by his devout Christian belief and values. He was a long-standing member of Broadmoor United Methodist Church in Baton Rouge, Louisiana. He loved chamber music and was a passionate member of chancel choirs his entire life starting at the early age of three years old. After moving to Brentwood, Tennessee, Bob and Carolyn attended Brentwood United Methodist Church.

Bob’s very large family and many friends remember him as a Christian man of intellect, honor, humor, loyalty, hard work, and leadership. He valued actions more than words; but when he spoke, he relished taking you along on colorful rides through his grand journeys in life from pride toward his family, lessons learned from his hard work, his military experiences, and his exciting travels around the world with his loving and devoted wife, Carolyn. Bob was one of a kind.

Due to COVID-19, the family requests that attendees please wear a mask and practice social distancing. For those unable to attend in person, the funeral service may be viewed virtually. A link to the video stream will be updated on this page shortly.