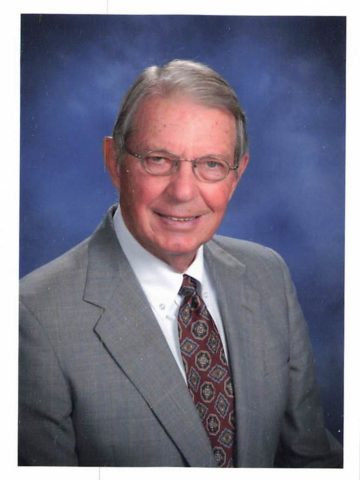 Departed on December 19, 2020 and resided in Franklin, TN

Norman Joseph Pictor passed away peacefully on Saturday, December 19th at the age of 88. He was preceded in death by his parents Walter and Bealah Pictor, his brothers Robert and Don Pictor, his sister Catherine Gymrek, and his infant son Joseph (Joey) Walter Pictor.

Norm was born on December 8, 1932 in Gary, Indiana. After graduating from Lew Wallace High School in Gary, Norm went on to Indiana University where he graduated in 1955 with a B.S. in Marketing. Shortly thereafter he served in Korea with the US Army from 1956-1957. Norm returned home to Indiana and married Carol Kuder on June 6, 1959 and moved to Glen Elyn, Illinois. Norm took a job with United Airlines at O’hare International Airport as a project engineer. Ever the hard worker, he enrolled in night classes at the University of Chicago and earned a MBA in 1970 while working full time and raising four young daughters. During his time in Glen Ellyn he also occasionally taught Transportation classes at the College of DuPage. He was also actively involved with Cursillo and Teens Encounter Christ.

In 1984, Norm moved with his wife and two youngest daughters to Memphis, Tennessee and continued his career as a project engineer, taking a job at FedEx. During his time in Memphis he volunteered for many years at a local high school where he served as a mentor for young students.

Following his retirement, Norm and Carol moved to Franklin, TN in 1998. He enjoyed a balanced and active retirement which included travelling in their RV to every state in the continental US and wintering in Naples, FL for over 20 years. He spent a number of years during his retirement volunteering at the Nashville Airport. His hobbies included golfing, playing bridge, swimming, travelling and sports. He was a lifelong Cubs fan. He was a devout Christian and a member of St. Matthew’s Catholic Church.

Norm was a dedicated father who imparted Christian values, a strong prayer life, and a love of the Lord to his family through his leading example. He shared his love of travel and the outdoors with everyone who was close to him and taught the importance of embracing people from all walks of life. Norm’s kindness, love, and cheerful smile brought the warmth of the Lord to everyone around him, particularly to his friends and family. The seeds of love that Norm planted during his life will continue to grow for generations to come.

He is survived by his wife of 61 years, Carol Kuder, his four daughters Karen, Nancy, Janet, and Wendy, their respective spouses Bryan, Joe, Jim, and Mike, 14 grandchildren, and 9 great-grandchildren.

A private graveside service will be held. Due to CoVid 19 a memorial Mass will be held a a later date.

In lieu of flowers, donations can be made on-line to St. Cecilia Academy in Nashville, TN (Annual Fund), Catholic Student Center/ UT Chattanooga, 514 Palmetto St. Chattanooga TN 37403(423-618-9062) or a charity of your choice.