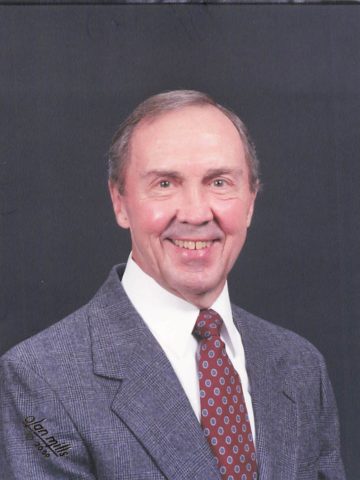 Departed on January 12, 2021 and resided in Spring Hill, Tennessee

Norman Dale Lackey age 89 passed away on January 12, 2021. He is preceded in death by his parents, James Hampton and Frances Lackey and his twin brother Kenneth Wayne Lackey. He is survived by his wife Bobbi Lackey, children, Jan (James) Cagle, Robin (Mike) Williams and Karen Lackey, step-children, Annette (David) Raymer and Nathan (Kristi) Bass, grandchildren, Taylor Cagle, Kyle Williams, Kailey Williams, Brooke (Brandon) Michael, Jacob (Lauren) Bass, Rebekah Bass, great-granddaughter, Emery Bass, sisters, Judy Huddleston and Linda Elder.
Norman was a graduate if Hillsboro High School and Vanderbilt University where he earned a degree in Mechanical Engineering and served as Co-President of Sigma Alpha Delta Fraternity during his Senior Year. After graduation he worked at C and CC Company in Oak Ridge Tennessee. After his employment at Oak Ridge he served in the United States Army where he was assigned to the U. S. Corps of Engineers at the Engineering Research and Development Laboratory in Belvoir, VA as a Mechanical Engineer for the remaining 21 months of his two year term in the Army. He was hired by Ford Motor Company in Detroit MI in December 1955 to work on the plant layout for the new glass plant being built in Nashville, Tennessee. He was a member of Trinity United Methodist Church as well as the Gideon’s international where he ministered to young boys at the Juvenile Detention Center. He also enjoyed playing tennis and golf. In lieu of flowers memorial donation may be made to Trinity United Methodist Church, The Gideon’s International or a charity of your choice.