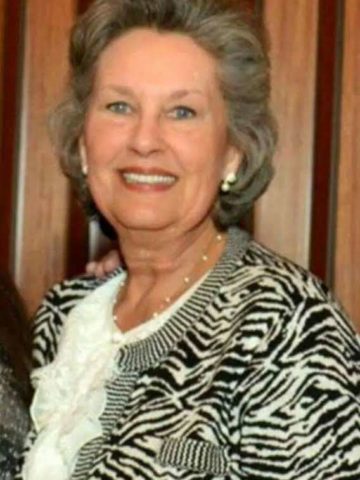 Departed on March 24, 2020 and resided in Brentwood, Tennessee

Nell Oakley Kimbrough Schneider passed away peacefully on March 24, 2020 following a long and courageous battle with cancer. Nell was born in Fort Smith, AR on March 19, 1943 to William Bradley Kimbrough and Nell Dyer Ashley, both of Jeanerette, LA. She grew up in Ozark, AR and lived there until the age of 14, when her family moved to Lafayette, LA. Nell was a graduate of Lafayette High School where she was a varsity cheerleader and class sweetheart.

In 1995, she moved to Nashville, TN and began her career in Real Estate. On July 10, 1999, she married Jack S. Schneider of Anniston, AL. Nell was an excellent cook, loved to entertain, travel with her sisters, play golf, and especially enjoyed visits with her children, grandchildren and great-grandchildren.

Nell is preceded in death by her parents and her three brothers William Bradley, Jr., Stephen C. and Michael A. Kimbrough.

The family would like to acknowledge and thank Nell’s physicians Robert J. Sinard, MD and Jill Gilbert, MD for their years of compassionate and professional care and also the Palliative Care 5th Floor - Round Wing at Vanderbilt University Medical Center.

In lieu of flowers the family requests donations be made in Nell’s memory to St. Jude Children’s Hospital in Memphis TN.