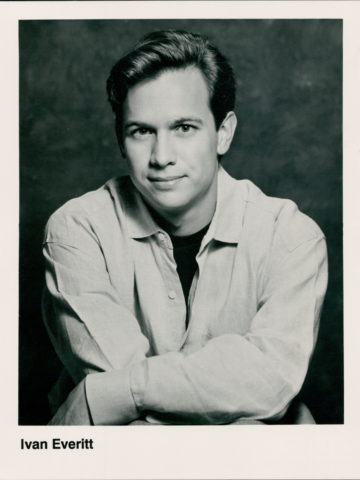 Departed on June 3, 2019 and resided in Nashville, Tennessee

Mark Ivan Everitt, age 53, passed away peacefully at Alive Hospice in Nashville, Tennessee on June 3, 2019. His passing was the result of a hard-fought battle with melanoma. He was surrounded by the love and comfort of extended family and close friends who ensured he was never alone during this time of transition.

Mark Ivan Everitt was born on March 17, 1966 in Memphis, Tennessee to Charles P. Everitt and Brownie (Conder) Everitt. As a child he resided in Springfield, Missouri and Bon Aqua, Tennessee. He was always known as “the smart kid” who was admired for his sense of humor as much as his intellect. In 1984 Mark Ivan graduated from Hickman County High School as the class valedictorian. He then attended Belmont University where he studied Communications, Theater, and French. Belmont was a source of fond memories and many lifelong friendships.

Following his graduation from Belmont in 1990, Mark Ivan traveled abroad to London, where he thoroughly enjoyed immersing himself in the culture and experiencing the London theater scene. After several months he moved to New York City to pursue his passion for theater. He quickly established friendships with many people, both through acting classes at the William Esper Studio and his job at the Joe Allen restaurant in theater row, where he rollerbladed to and from work in every weather imaginable. He built a beautiful life for himself in New York but willingly left it all behind when he returned to Nashville to care for his ailing parents.

Tragically, Mark Ivan lost his father in 1996, followed soon after by his mother in 1997. Those who knew him well know he never fully recovered from these events. Rather than move back to New York, he chose to stay in the Nashville area, pursuing massage therapy, real estate and local theater. He was a licensed massage therapist and teacher of massage in a clinical setting. Mark Ivan truly believed in the healing power of touch. He was an agent with both Village Real Estate and Reliant Realty. Most recently, his true pride came from being a five-star Airbnb Host. Perfectionist that he was, he painstakingly renovated the upstairs apartment of his 1915 craftsman style home into an immaculate, beautiful loft, minutes from downtown Nashville. It was a true labor of love, a source of frustration, angst, pride and joy. Guests all loved the immaculate, on-trend space, noting all the special touches Mark Ivan provided to make them feel at-home.

Mark Ivan’s love of music was one of his defining characteristics. He appreciated all kinds of music, but he was known to favor Trombone Shorty, Patty Griffin, Ruby Amanfu, Eddi Reeder, Pink Martini, and Over the Rhine, among others. He loved to dance, attend music festivals, and go to concerts. Mark Ivan was also an avid reader and outdoorsman. He loved hiking and participated in marathons and triathlons. He was a true animal lover who provided the most incredible homes to his cats, Bunny, Cooper, Ava and Pablo and his chickens, Marly and Birdy.

He is survived by many maternal aunts and uncles to include Joyce Conder, Ethelbert (Barbara) Conder, Dempsey (Ilse) Conder, Diane (David) Sondermann, Dean (Richard) Roy and Kay (Ed) McBride; cousins, many of whom felt more like siblings; and countless friends who each managed to find his/her own unique niche in Mark Ivan’s life. You know who you are.

Our deepest gratitude to those who provided the most outstanding care possible throughout Mark Ivan’s battle: His oncologist, Dr. Shih; The 6th Floor medical team of St. Thomas West; The nurses of Alive Hospice; the friends who came and sat by his side 24/7; Richard and Dean Roy, the aunt and uncle with whom he was closest; and Doug Lauer, Ivan’s best friend for nearly two decades and unfailing caregiver when it was needed most.