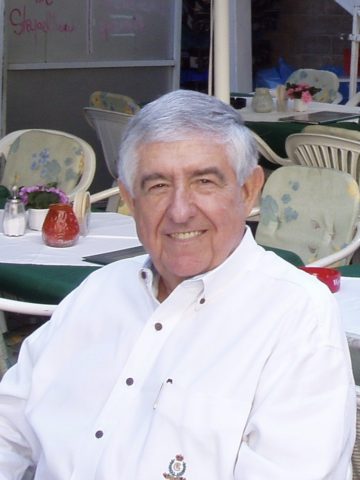 Departed on July 24, 2020 and resided in Franklin, Tennessee

Lt. Col. (Ret.) Larry Mack Freeman – Age 83, of Franklin, passed away July 24, 2020.
Larry spent his youth being active in sports playing Football, Basketball and Baseball. During his high school years he was ‘the’ Quarterback and an outstanding basketball player.. He went onto Midwestern University located in Wichita Falls Texas on a football scholarship where he also enrolled in the Army ROTC program. After graduating in 1959 he was commissioned as a 2nd Lieutenant in the US Army as an Artillery officer. He began his Army Career attending the Basic Officers course and upon completion of that course he was assigned to a unit in Germany. His first assignment was implementing a brand new mid range missile system. During that time, he was promoted to Captain, met his wife, Monika, attended the Officer Career Course at Fort Sill Oklahoma and made the decision to make the army his career. His military career included tours in Vietnam, Korea, Germany and NATO Headquarters in Brussels Belgium. He earned many awards and accolades one of which was the Army Air Medal for actively participating in over 25 aerial missions over hostile territory in support of counter insurgency operations in Vietnam. This medal is seldom awarded to a foot soldier. He also received the Bronze Star in Vietnam for distinguishing himself by outstanding meritorious service in connection with ground operations against a hostile force. Upon completing a tour as Commanding Officer of the Army ROTC Department at Vanderbilt University in 1982, he decided to retire from the Military as a Lieutenant Colonel and accepted a position as the Associate Director of Financial Aid at Vanderbilt University in Nashville, Tn. After spending 25 years at Vanderbilt University, he retired in 2006. He spent his retirement doing the things he loved: bird watching, gardening, cooking and spending time with his family and friends. To know Larry Mack was to love him. You always knew that the door was open at 5pm for Happy Hour.
Preceded in death by his parents Wilhome Wilson Freeman and Rice M. Freeman. Survived by his loving wife of 56 years, Monika Freeman; children Larri Richmond (Larry Wallace), Tracy del Rosario, Barbara Thomason (Jeff), Mark Freeman (Stacia) and Stefanie Rushing (Todd); 17 grandchildren.

Donations may be made to the Cystic Fibrosis Foundation at https://www.cff.org/give-monthly/