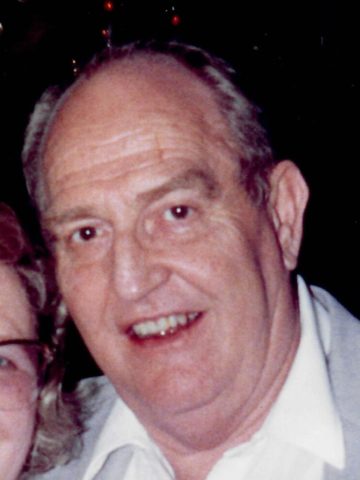 Departed on April 27, 2018 and resided in Nashville, Tennessee

Lloyd E. Esmon, 89, passed away on April 27, 2018, at The Meadows nursing home.
Lloyd was born Dec. 11, 1928, in Bluford, IL, the son of Libby and Leslie Esmon.
Lloyd married his childhood sweetheart, June Shouse, in 1948, and they recently celebrated their 70th wedding anniversary. He always delighted in telling people how long they had been married.
Lloyd earned a bachelor’s degree and a master’s degree in education from Southern Illinois University-Carbondale. He began teaching after only two years of college at a small four-room school near Bluford. Later he taught at an elementary school in Grand Prairie Township. He then became the principal at his own alma mater, Webber Township High, in Bluford, where he had played varsity basketball, and June was one of only six girls to graduate in 1945.
He also served at several other schools in the area, including in Dix, IL, Markham City, IL, and Ina, IL.
In 1961, Lloyd made a big career change and took a job as a training professional for the American Newspaper Publishers Association in New York City, NY. Moving from the small towns of Southern Illinois to New York City turned out to be a learning experience for him, and he soon learned he wanted to move somewhere else. And June wanted to move where it was warm.
In 1964, Lloyd moved his family to Miami, FL, where he worked in human resources for The Miami Herald. Lloyd always enjoyed a challenge, so when the Herald’s leadership said they needed help in the composing room, he took the position of assistant manager in the composing room, working long into the night. After a couple of years, he returned to the human resources department.
By 1969, Lloyd was ready for a change, and he accepted a job as the assistant human resources director for Newspaper Printing Corp., the joint operating agreement for the Nashville Banner and The Tennessean. Then, once again lured by a challenge, he became the circulation director for NPC as the newspapers transitioned from using independent contractor carriers to employee carriers. After several years in that job, he moved back to human resources, where he remained until his retirement in 1993. Lloyd enjoyed his work in human resources in particular and tried to ensure that the employees were treated equitably. He was, in the words of many, “one of the good guys.”
Lloyd and June loved to travel and spent many summers driving across the country. They also loved dining out and became well acquainted with the staffs at a number of Nashville restaurants over the years.
Lloyd was a longtime member of Bellevue Church of Christ and spent much of his retirement visiting folks in the hospital, even though he hated hospitals. For many years, he also helped dream up entertaining activities for the “Huddle 55” group. And he spent a good deal of time aggravating the church’s elders over various matters.
Lloyd always believed that honesty was the best policy, even when it got him in trouble.
Lloyd is survived by his wife, June Esmon, his son, Dwight Esmon and wife Sandi, of Bonita Springs, FL., his daughter, Janet Shouse and husband John, of Franklin, TN, and his three adored grandchildren, Emma Shouse Garton, Evan Shouse and Brendan Shouse.
Visitation will take place at 2 p.m. Sunday, April 29, at Harpeth Hills Funeral Home, 9090 Hwy 100 Nashville, TN. Funeral services will follow at 3 p.m.
In lieu of flowers, gifts may be made to the Arc Tennessee, 545 Mainstream Drive, Suite 100, Nashville, TN 37228-1213.