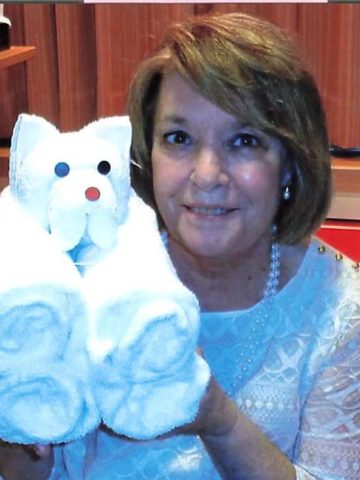 Departed on February 10, 2021 and resided in Orangeburg, South Carolina

Linda F. Landers, 77, of Orangeburg, SC, passed away February 10, 2021. She was the wife of the late Rev. Bedford Franklin Landers.
Linda was born in Selma, Alabama to the late Wordy Edward King and the late Sarah Alma (Miller) King. Marrying Bedford at a young age, Linda held a number of various jobs from working as a grocery store butcher to working in retail. After Bedford surrendered to the Ministry, Linda’s focus became partnering together with her husband in ministry. She taught herself how to play the piano to be able to play at church, she ministered to the women in the church, taught Sunday School classes for kids, ran the church pre-school, and even taught in the church Kindergarten. But none of those positions were more important than being a supportive and loving wife to her husband, and being a godly example to her children, grandchildren, and great-grandchildren.
Survivors include her son, Jerry Landers (Nancy) of Gallatin, TN; a daughter, Dawn Price (Philip) of Branchville, SC; two brothers, Ronnie King (Donna) and Ricky King (Edith) all of Nashville, TN; a sister, Patty Roberts (Walter) of Nashville, TN; six grandchildren, Brittany (Brandon), Bethany (Chris), Katie, Joshua, Laurie, and Jenna; six great-grandchildren, Price, Lander, Camron, Bentley, Declan and Noah. In addition to her parents and husband, Linda was preceded in death by sister, Connie Miller (David); and two brothers, Edward King (Rhonda) and Danny King.
In lieu of flowers, the family asks that donations be made to Decisions, Choices, and Options (DCO) a faith-based youth support organization established to reach out to and provide teens information to make healthy behavior decisions. DCO, P. O. Box 2302, Hendersonville, TN, 37077.