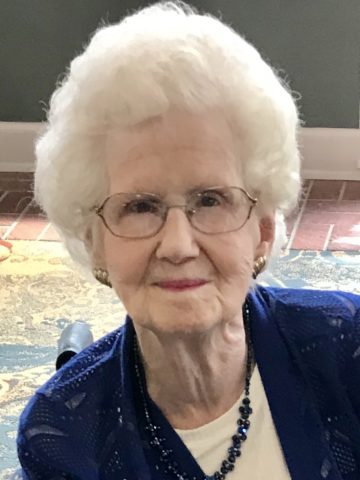 Departed on September 1, 2019 and resided in Nashville, Tennessee

Born to Luther & Ester Waters in San Benito, Texas, Lena was the last of seven children. She married Paul E. Carman in 1936; they celebrated their 70th anniversary before his passing. She was preceded in death by her parents and siblings, her husband, her three daughters; Cathy Marshall, Nancy Roberts, and Beth Clevenger and one son in law, Jack Marshall.

Mrs. Carman was a lifelong member of the Church of Christ, where her beautiful alto voice could be heard. She was an avid painter, wonderful cook, and talented gardener.

In her final month of life, she was honored as a member of the Green Hills Century Club and featured, along with five other inductees, on Good Morning America and Southern Living magazine.

A Graveside Service will be held at Harpeth Hills Memory Gardens, Wednesday, September 4th at 2:00 p.m.

In lieu of flowers, donations may be made to the Hillsboro Church of Christ Good Samaritan Fund.