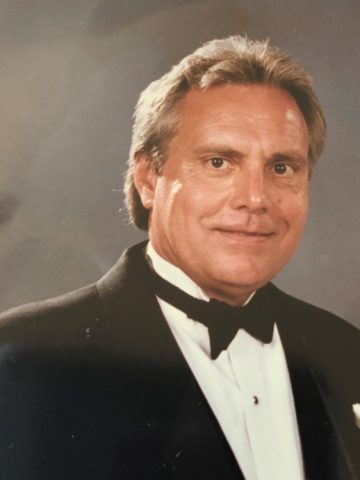 Departed on September 6, 2019 and resided in Antioch, TN

As an owner or executive, in advertising and merchandising, Clark was a workaholic.  From his mother, he inherited his artistic abilities, as is exhibited in his work and in stained glass. From his father he inherited his mechanical abilities, love of anything with an engine, and love of work.  From both he inherited a love of people, nature, and especially, the water. He enjoyed the good times with his friends at Party Island and Party Cove and at his brother’s farm, especially watching Baxter play “volleyball” with any sucker in the swimming pool. Clark was an adventuresome type being a Scuba Divemaster and airplane pilot.  He loved flying, fast boats, nice clothes, and fancy cars.  He strove to enjoy life to the fullest.

He was married to his “Special Angel” Gwen.  During his bad days, at the end of his life, Gwen tirelessly waited on him hand and foot, even performing 8 minutes of CPR, until the EMT’s arrived.  He and the rest of his family greatly appreciated Gwen and her caring devotion to Clark.

A private celebration of Clark’s life will be held at a later time.

Donations, in his memory, may be made to the Nashville Humane Society or your favorite charity in his honor.