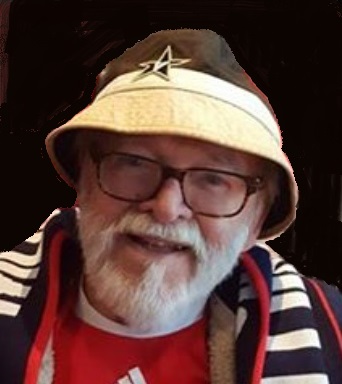 Departed on June 9, 2020 and resided in Nashville, Tennessee

The fifth of Antal and Erzsebet Hedai’s seven children, Laszlo was born in Dorog, Hungary – a small town 24 miles northwest of Budapest. Just six years old when the Nazi’s occupied his Hungarian homeland, Laszlo lived through the helplessness and massacre of 550,000 Hungarian Jews. The Nazis confiscated radios, established curfews and occupied local housing – utilizing the locals as cooks, cleaners and laborers. Laszlo would tell of walking with his brothers on a battlefield where wounded and dying soldiers begged for water. The Hungarians were “liberated” from German rule in December 1944 when Soviet troops rolled in. The Russians maintained a dominant presence in Hungary through 1990.

With only limited ‘elementary-level’ schooling during Laszlo’s formative World War II years (2,000 Hungarian schools were heavily damaged during the war – losing books, facilities and faculty) – Laszlo thirsted for any available educational opportunities. Coming out of the war, peasant and worker children attended school only through the eighth grade. In 1950s Hungary, education above the elementary level was generally only available to the country’s social elite. In secondary and higher-level schools, only five percent of the students came from worker or peasant families. Only students from peasant groups scoring highest on stringent assessment testing were admitted. Laszlo attended secondary school at an academy in the town of Ezstergom. Under the Russian influence, technical and vocational training were stressed. Mediocrity was unacceptable.

Beginning as a student protest in October 1956, the Hungarian Revolution was a revolt against Soviet-imposed policies. After some initial patriotic successes, the Russians ended this revolution - invading Budapest and other key Hungarian regions in November, killing 2,500 Magyars against 700 Soviet casualties. Two-hundred thousand refugees fled their Hungarian homeland – including 19-year-old Laszlo. Under the cover of darkness, a group of eight from Dorog bribed a Hungarian border guard and slipped away into Austria before securing a harrowing trip on a rickety cargo flight out of Europe to Greenland – eventually landing in Camp Kilmer, New Jersey with 30,000 other Hungarian refugees.

With assistance from Catholic Charities, Laszlo joined a group of Hungarians in their move to Nashville in 1957. Settling in East Nashville, Laszlo secured employment with Kerrigan Iron Works, Inc. as a draftsman despite speaking limited English. By 1960, Laszlo moved to Nashville Bridge Co. for two years before transitioning to Volunteer Structures for a five-year stint. In March of 1967, Laszlo accepted a position as draftsman at start-up Stan Lindsey & Associates. He would retire as Vice President of Operations in 2009 after a career including oversight of the structural engineering on projects including the Opryland Hotel, Knoxville’s World’s Fair Sunsphere and the towers at One Seagrove Place on 30-A.

Laszlo married Mary Ann Proctor in June 1962 at Belmont Baptist Church. They raised their two children in their riverside home in Charlotte Park.