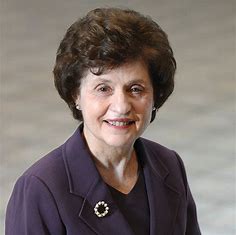 Departed on June 30, 2019 and resided in Nashville, Tennessee

She grew up in Grand Rapids, Michigan and graduated from the University of Michigan with a Bachelor of Science in Nursing, the University of California, San Francisco with a Master of Science in Nursing and Suffolk University, Boston, MA with a Juris Doctor degree. She taught at Boston University School of Nursing and at Vanderbilt University School of Nursing. She was a Professor Emerita from the Vanderbilt University School of Nursing. She was instrumental in developing the modern day Forensic Mental Health System in Tennessee from 1972 to 1974, while on leave from Vanderbilt, at the Tennessee Department of Mental Health. She co-wrote the report that led to the formation of the Mental Health Court in Nashville, Tennessee. She was inducted as a fellow into the American Academy of Nursing in 1986. For over 40 years, she was an advocate for mental health treatment of the mentally ill with criminal charges. She served on national committees for nursing organizations and was a grant reviewer for the National Institute of Mental Health. She was given awards by the American Nurses Association for Development of Health Policy in 1980 and the Society for Education and Research in Nursing, the Jeannette Chamberlain award for her work as a clinician in 1995. The alumni association of the Vanderbilt School of Nursing granted her honorary status as an alumna in 1996. She was named one of the top 100 leaders of the Vanderbilt School of Nursing at the Centennial Celebration in 2008. In 2017, she was named one of the notable graduates to be honored by the University of Michigan during their bicentennial year for her lifelong support of the mentally ill in the criminal justice system.

In lieu of flowers, donations can be given to the Joyce Kemp Laben Scholarship Fund at Vanderbilt University School of Nursing, 461 21st Avenue South, Nashville, Tennessee, 37240.