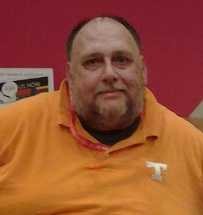 Departed on August 4, 2019 and resided in Nashville, Tennessee

He is survived by his Sisters, Dina Lanier (Al) of Pavo, Georgia and Tamara Forrester of Waverly, TN. Other family members include: a Nephew, Trey Lanier (Savannah) & Grandnephew, Tucker Clay Lanier of Pavo, GA; Aunt, Barbara Shannon (Jack) of Bend, Oregon; Cousins, Jackie Shannon Black (Bryan) of Bend, OR and David Shannon (Bobbi Jo) of Minneapolis, Minnesota; Special friends, Desiree Melton and Lilly Bateman of Nashville, TN, along with a multitude of friends who were dear to him throughout his life.

Scott graduated from the University of Tennessee in Knoxville, where he earned his degree in Psychology. He went on to follow in his father’s footsteps and became a real estate agent. He had a passion for the performing arts and created Maverick Entertainment Partners, LLC where he focused mostly on comedies and plays. Scott was genuine, kind and loved life, however, his biggest love was sports, in particular his unsurpassed love of Tennessee VOLS football.

Scott was a beloved son, brother, nephew, uncle and friend. He will be heavily missed by many.

A Memorial Celebration of Scott’s life will be announced here at a later date or contact Harpeth Hills Funeral Home at (615) 646-9292.