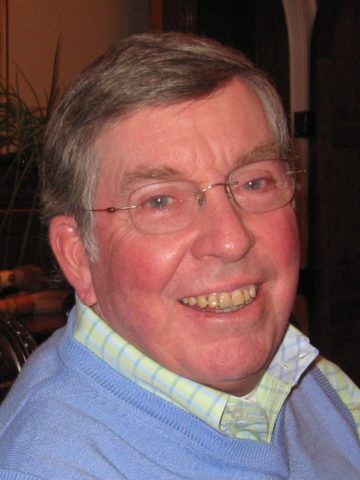 Departed on September 10, 2019 and resided in Nashville, Tennessee

Nashville, TN -John Marion Hooper, II, 78. "Jack" died on September 10,
2019 with his family by his side. He was born on April 26, 1941 to Russell
Warren Hooper and Sarah Stewart Hooper, both native Nashvillians. Jack's
father was a partner in Palmer-Hooper Lincoln Mercury dealership and
2nd generation owner of Tennessee Wine and Spirits Company.

Jack is described by those who knew him as a person of great passion -
passion for his family, friends, business, Life, causes he deeply believed in,
but above all, his God.

His friends knew him by his favorite nickname, "Feisty", because his
personality was at the front of any activity. Be it a hunting trip, a social
occasion, a business venture, or a cause that needed smart and
compassionate leadership, people felt the force of his personality and his
genuine concern for the less fortunate. Jack attended Parmer School and
graduated from Montgomery Bell Academy in 1959. He continued on to
Tulane University where he was a member of Phi Delta Theta fraternity. At
Peabody College he earned an accounting degree. It was on a blind date at
Tulane that he met Lisle Castleman, his sidekick and the love of his life.
Married in 1961, they made their home in Nashville where he joined Price-
Waterhouse and later C.B. Ragland Company as Senior Financial Executive.

In 1977, he and his brother, Russell (Russ) purchased the family business,
Tennessee Wine and Spirits Company. Through capable leadership and
innovation, they grew the Company to be one of the most respected wine
and spirits distributors in the industry. Jack served as President until he
transferred ownership to his son, John, in 2008. His career was highlighted
by a number of distinguished accomplishments, most notably being named

Distinguished Beverage Alcohol Wholesaler Award Winner in TIME
Magazine in 1985. Through a partnership with Colonel Tom Parker and the
Elvis Presley Estate, Jack launched a collector series of Elvis Presley
decanters which became a tremendous success, selling globally, and
starting a collectors' craze that continues today. Jack often spoke of this as
being one of his best "wild" ideas.

Jack loved boating so much he purchased Rock Harbor Marine on the
Cumberland River. With his usual energy he expanded dock facilities,
opened "Jack's Shack" restaurant with his daughter Melissa, and provided
a wide array of marine services. He was co-founder and Commodore of the
Rock Harbor Yacht Club. He and Lisle often led cruises of 10-20 boats up
and down the Cumberland-even cruising from Nashville to the Gulf of
Mexico four times.

One of his most enjoyable undertakings was the founding of the Richland
Creek Commerce Association (RCCA). This extraordinary group of men
gather once a month to discuss world affairs, politics, sports, and news of
the day - noteworthy or not. As "President for Life" Jack was the energy
that has kept the group active for over 30 years. Jack always preceded
RCCA events with a prayer, be it trips across the country or monthly lunch
"meetings" .

The family would like to thank the nurses, techs, and PALs, at Belmont
Village Senior Living, Caris Hospice, and the "geri floor" at Parthenon
Pavilion. Thank you for taking such good care of Dad through these last
few months. Finally, a special thank you to Linda Cloyd, who with grace,
patience, and devotion, deeply cared for and loved our Dad.

A celebration of Jack's life - "Jack's Final Cocktail Party" - will be held at
Belle Meade Country Club on Wednesday, September 18 from 4-7 pm. A
private memorial service will be held at a later date.

In lieu of flowers, donations may be made to Men of Valor, The
Cumberland River Compact, or the Alzheimer's Association.