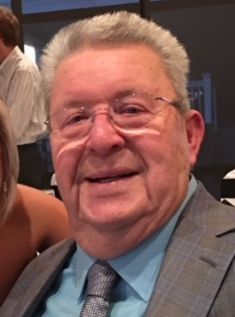 Departed on May 19, 2018 and resided in Nashville, Tennessee

Joe was of American Indian heritage, coming from the great Chickasaw Tribe from the state of Oklahoma. His great-grandmother, Lou Greenwood Duckworth, was born in Indian Territory (now Oklahoma), as was his paternal grandmother, Maude Duckworth Turner. Granny Duckworth, as she was affectionately called, was full-blooded Chickasaw; his grandmother was half; his father was one-fourth, making him one-eighth Chickasaw. His great-grandmother, grandmother, and an aunt all attended Bloomfield Academy, a school for Indian girls, which was established by a Methodist missionary from back East. Joe was very proud of his Indian heritage and kept up with Indian affairs, voting in all the tribal election.

Growing up, Joe lived in various places in the South and Northeast. He also spent one summer as an exchange student in Germany. After moving to Nashville, he reconnected with Nancy Phyllis Melvin and they married in 1960. Shortly after, they moved to Northwest Indiana, where they lived for 40 years. Joe became a hairdresser, establishing a successful salon, then later added a career as a private caterer. Being a very outgoing person, willing and able to talk with everyone, he greatly enjoyed his career choices.

After retiring in 2000, Joe and Nancy lived in Michigan, Missouri and Florida. They finally moved back to the Nashville area, and became members of Belle Meade United Methodist Church.

Joe was preceded in death by his parents, four brothers and a sister, Betty Cole, of Nashville.

Visitation will be 1-2 p.m. on Saturday, May 26, 2018 at Belle Meade United Methodist Church, 121 Davidson Road, Nashville. A Celebration of Life Service will be at 2 p.m. on Saturday at the church.

In lieu of flowers, donations may be made to Belle Meade United Methodist Church.