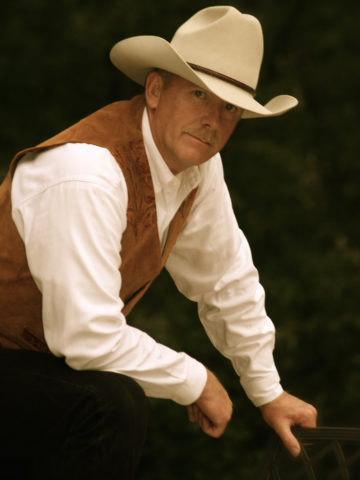 Departed on November 1, 2018 and resided in Fairview, TN

James Victor Sands passed away after an almost three year battle with cancer, surrounded by his wife and children, in his home on November 1, 2018 at the age of 66. He was born in 1952 and raised in New Albany, IN. He left so many loved ones behind but most of all he left behind a legacy. He came out from under a tough family name to build a brand new reputation all on his own. Being determined and full of integrity were the only way he knew to be and he did his best to instill these qualities in his family. Vic began working for ABC Quality Door, an automatic door company in 1970. A man of strong faith, he never ceased in sharing God's love with any and all who needed it. He was a humble veteran of the US Army who served as a petroleum specialist, also driving a petroleum tanker and a Military Police officer for 6 years during Vietnam. He stood firm on God, Country & Family. He filled our family home with love, laughter, music & God's word. Vic received his first record player along with a Brenda Lee record at the age of 3 and fell in love with music. As he grew up, he would often volunteer as a DJ for his families events and parties. After performing his first solo on stage as a young adult in a church casted children’s play, Vic's passion for singing and performing on stage grew. After years of performing all over Nashville he even earned the opportunity to share his gift from the Grand Ole Opry Stage. His music passion brought him to serve as the Minister of Music for 11 years at the Nazarene Church in Fairview, TN and later to become the Master of Ceremonies in the Good Sam Organization. He was known for his sense of humor and quick wit, his sweet and loving personality and his heart for his family and His Lord.

Vic is survived by his best friend and high school sweetheart, Rita Carol. Vic met his wife Rita at New Albany High School where he graduated in 1970. Survived by their three children; his greatest love and only son, James Troy. His pride and joy, Angela Renee' & his bonus baby, Elizabeth Ann. He’s survived by his favorite daughter in-law Tamara Dwan, and his two son-in-laws John Isaac Quinton & Adam Blake, both of whom he was so proud of and held in the upmost respect. Vic is survived by his brothers, Timothy Scott, Jeffrey Raymond, and Jesse James and sisters, Nancy Lynn and Tonya Norma, all of which he loved with all his might, along with his two granddaughters Reyna Troi and Auslin Landry and three grandsons, Coltyn Lane, Maverick Shane and Levi Case. These five grandchildren made his life complete.

His handsome crooked smile and sparkling blue eyes gave a glimpse into his incredible soul when he would engage in a conversation. His laugh, sometimes coming from a place so deep inside, it would become almost silent, was always overwhelmingly contagious. He never missed a moment to bring joy to all situations and to every one around him.

Vic worked hard every day, with calloused hands he always provided selflessly for his family. He was the definition of hard work. After his military days he returned to work in sales and as a service tech for The Stanley Magic Door Company, moving their steadily growing family from Nashville, TN to Terre Haute, IN, and then to Memphis, TN. Pursuing a switch in to the automatic gate industry, Vic settled his family in Fairview, TN in 1988.  After years of building his career in the automated field he founded Elantra Gate Systems in 1999. The Company name chosen to represent the first two letters of each of his children’s names; Elizabeth, Angela and Troy. Vic eventually retired as owner and lead technician in April 2014. In his final years, Vic focused all his energy on his family and his cherished wife. Never ceasing to create memories and laugher to carry us on in his absence. His faith brings us joy and gratefulness in knowing he is walking with his Lord and Savior and we will see him again someday.

John 16:33 "I have told you these things, so that in me you may have peace. In this world you will have trouble. But take heart! I have overcome this world"

In lieu of flowers donations may be made to the Ronald McDonald House Tennessee Sunshine Travelers for Vic Sands 2144 Fairfax Avenue, Nashville, TN  37212

We pray you will bless us with your presence and come along side us as we celebrate Vic’s life. The following arrangements have been made for his Visitation and Life Celebration.