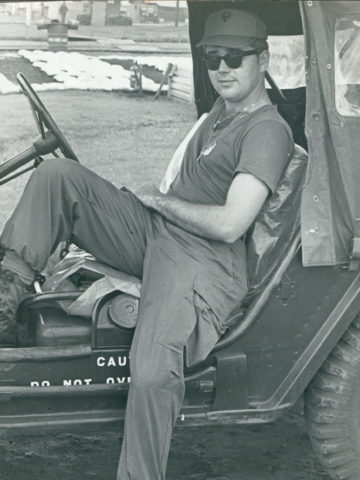 Departed on July 26, 2019 and resided in Nashville, Tennessee

James “Jimmy” Cantrell, age 72 of Nashville, TN, passed away Thursday, July 26th, 2019 at St. Thomas West surrounded by family. Jimmy was born in Chattanooga and raised in Nashville by his father and step-mother, Junior and Opal Cantrell. He attended Cohn High School where he met his first and only love, Cinda Smith.

He graduated from high school in 1966 and married Cinda the following year. Between 1967 and 1969, Jimmy was a soldier in the US Army and defended his country serving in the Vietnam war. Following his time served, he attended Aquinas College where he studied criminal justice leading him into a career serving his community with the Nashville Metro Police Department.

After starting a career, he and Cinda began their family having their first born, Wesley, in 1974. Ten years later, they were surprised with their daughter Cinda Kay. Jimmy’s life revolved around caring for his children. They were the light of his life and providing for them emotionally, spiritually, and monetarily was his soul purpose.

Next to caring for his children, Jimmy enjoyed spending his time with family and friends. His favorite place was his younger brother, Jeff’s shop. If not hanging out around the shop, he would choose to be out on the boat fishing. Above all else, he had a passion for cooking and food. He was well known by his family and friends for his abilities in the kitchen as he always cooked more than enough to go around. His love for food was evidence of his knowledge that food is what brings us all together and unites all people.

Jimmy was a pillar in his community and in the hearts of all who knew him.