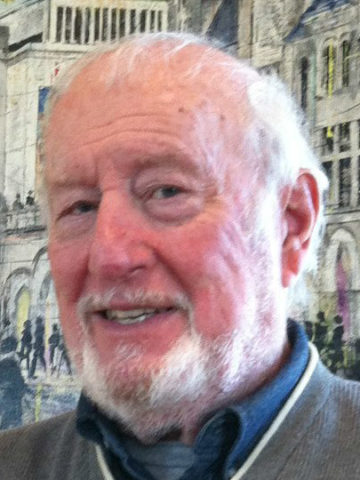 Departed on October 18, 2018 and resided in Nashville, TN

James Thomas “JT” Lawson of Nashville, Tennessee, died Thursday, October 18, 2018 peacefully in his sleep. He was 85 years young. Mr. Lawson was preceded in death by his parents, Gerald and Mildred Lawson, and wives Peggy Gordon and Beverly Lawson, as well as siblings Margaret, Robert, Francis and Jack.

A native of Michigan, Jim was born in Lincoln Park and grew up in Detroit. He moved to the country to live with his grandmother Montney in high school and was a 1951 graduate of Clare High School. He and his wife, the former Ernestine Nolen, moved to Middle Tennessee in the 1950s where he made his mark as a pioneering concrete industry businessman. As Music City began to grow, so did his business. For more than 40 years they owned Tri-County Concrete Company and Lawson Redi-Mix. He furnished concrete for many of Nashville’s major construction sites, including the First American Center, and Jim loved to tell the story of the excavation of the saber-tooth cat remains at the construction site, which inspired the naming of the Nashville Predators.

Jim was a 32nd degree Mason as well as a longtime Shriner. He served in the U.S. Navy for a brief time, before his wife Peggy became terminally ill and he was discharged.

Jim lived a full life and had many interests. In the 1960s he enjoyed country life on Maplebrook Farm in Goodlettsville, Tennessee, showing his quarter horses, tending to cattle and driving the tractors. He loved the outdoors and the birds he loved to feed. He and his wife Beverly were active members of the Music City Bulldog Club and showed many award-winning English Bulldogs. His most recent dog was his beloved Gigi, a French Bulldog, and he loved taking her everywhere. He was also passionate about antique cars, particularly Lincolns. In his later years he enjoyed entering his 1941 Lincoln Continental in car shows and he was a member of the Lincoln and Continental Owners Club.

Jim loved the water and boating. Throughout the 1980s, especially, he spent a considerable amount of time on the water, whether he was sailing his 30-foot sailboat on Percy Priest Lake or setting out in the blue waters of the Intracoastal in Navarre Beach, Florida. He sailed throughout the Bahamas in the 1990s with Duane Hatch, best friend since high school. He also loved the mountains and enjoyed spending time in Gatlinburg with his wife Beverly.

A beloved “Papa” who loved doting on his grandchildren and making them laugh, he is survived by grandsons Will Schweitzer and Gavin Parker, as well as granddaughters Jessica Brenner, Sarah Todd and Caitlin and Amelia Reeves. Jim also had three great grandchildren: Autumn and Jameson Schweitzer and Graham Brenner.

Jim was a member of Covenant Baptist Church in Nashville. He will be remembered fondly by his family and friends as a kind and gregarious man who never met a stranger.

A celebration of his life will be held on Tuesday, October 23, at noon at the Harpeth HIlls Funeral Home. Visitation will be held Monday, October 22, from 4 to 7 p.m. In lieu of flowers, the family request donations be made to the Nashville Humane Association.