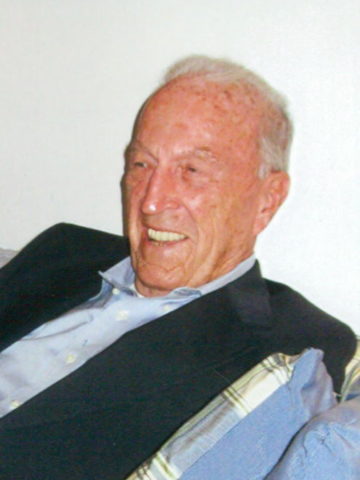 Departed on September 6, 2019 and resided in Fairview, Tennessee

Mr. Harold Glenwood High, age 99, of Fairview went to be with his heavenly Father Friday, September 6, 2019. He was born April 30, 1920 in Pottstown, PA to the late Clarence W. and Laura (Bierman) High. Harold is also preceded in death by his wife, Betty Louise High; brother, Clarence High Jr. and sister, Betty Panoc.

Harold was a member of the Presbyterian Church. He served his country during World War II as a Captain in the US Army Corps. Of Engineers. Harold served under General George Patton and fought in the Battle of the Bulge.
He graduated Penn State University with a Bachelor’s in Business. Harold worked his way up to the top ranks of General Electric and retired in Tampa, FL. He was an avid golfer and charter member of Fox Hollow Golf Club. He also spent time on the greens at Cypress Run Golf Course, both in Tampa, FL. He was a masterful bridge player. Harold’s favorite quote was “waste not, want not”.