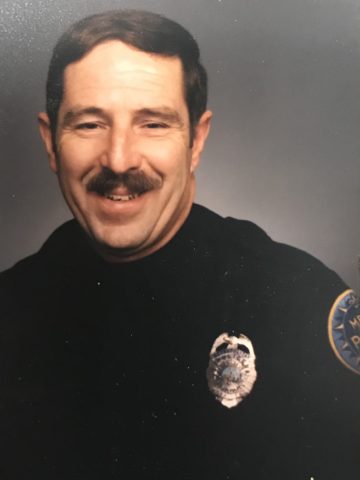 Departed on March 2, 2019 and resided in Whites Creek, Tennessee

Franklin Delano Gilley- Age 78, Born on October 26, 1940 and departed this life on March 2, 2019. He was born in Machester, TN and resided in Nashville, TN. He was the son of Aubrey and Gladys Gilley.
Frank is survived by his wife of 33 years, Cherie Celiene Wilkerson Gilley of Nashville, Tennessee; brothers, Everett Burton (Bernice) Gilley, Jimmy Joe (Sharlene) Gilley and Aubrey Lee Gilley, Jr.; numerous nieces and nephews.
Frank served in the United States Air Force. He then worked on the Metropolitan Nashville Police Department from 1969-1990 as an officer which was a profession he loved.
Frank was a member of the Elks Lodge in Brentwood. He was a member of the Moose Lodge on Charlotte Pike. He was a member of the Fraternal Order of Police. He served as an usher at Cornerstone Church.
Visitation will be from 5-8 p.m. on Monday, March 11, 2019 at Harpeth Hills Funeral Home. A Celebration of Life Service will be at 11:30 a.m. on Tuesday at Harpeth Hills Funeral Home. Interment will follow at Middle TN State Veterans Cemetery on McCrory Lane at 1 p.m.
Pallbearers are AL Parker, Terry Stewart, Don Yount, John Gilley, Mark Gilley and Mike Pitt. Honorary Pallbearers are Lyn Rossi, Charles Singer and Henry Burch.
Pastor Rick Smith will officiate at the funeral and Pastor Ronnie Pittenger will share as his Pastor in earlier days.