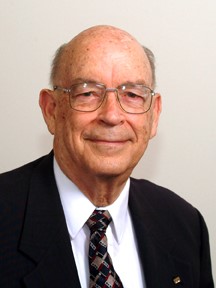 Departed on October 9, 2020 and resided in Franklin, Tennessee

NASHVILLE—Born August 28, 1928, died October 9, 2020 surrounded by his family. Preceded in death by wife of (54) years, Louise Fly Grisham; father James Ernest Grisham, Sr.; mother, Evie Phillips Grisham; brother James Ernest Grisham, Jr.; grandchildren Laura and Lisa Grisham.
Survived by daughter, Beth Grisham, Nashville; sons, Phillip (Jeanie) Grisham, Hurst, TX, David Grisham, Nashville, Brian (Theresa) Grisham, Nashville; grandchildren Holly (Joe) Criswell, Ryan (Kristen) Grisham, Kyle (Chrissy) Grisham, Andrea (Josh) Dow, Reese Grisham, Ross Atwood, Neale Grisham and Scarlett Grisham; great grandchildren Emma, Wyatt and Walker Kurzrock, Everett Grisham, Maddox, Mason, Tensley and Tatum Grisham, and Annalise Dow.
A native of Birmingham, AL, he was an Eagle Scout and graduated from Birmingham-Southern College, Vanderbilt Divinity School, and Peabody College. He was employed by Joint University Libraries, Birmingham-Southern College, Vanderbilt Divinity School, and was Director of both the Jean and Alexander Heard Libraries at Vanderbilt University, and S.O.L.I.N.E.T. in Atlanta, GA. He was appointed to the Metro-Nashville School Board by Mayor Beverly Briley, served on the Board of Directors of Family and Children Services, Civic Committee on Public Education, Delegate-At-Large to the White House Conference on Library and Information Services, President of the Tennessee Library Association, Board of General Commission of Communications in the United Methodist Church.
During his career of 42 years as a teacher, minister, librarian and administrator, Frank received recognition for his service to the church, the community, and education. He was recipient of numerous regional and national Library awards including the Melville Dewey Medal from the American Library Association and the Rothrock Award.
Frank was an ordained minister in the United Methodist Church serving churches in North Alabama and Tennessee including Bethesda New Hope Presbyterian and Glencliff Presbyterian Church and attended Brentwood United Methodist Church and its Wesley Forum Class.
Frank experienced his greatest professional satisfaction in working with students. Beyond his many distinguished achievements, colleagues, students, friends and family will most remember him for his unfailing kindness and warmth. Wherever he went, those he encountered were uplifted by his friendship and contagious spirit. His unique contribution in life was not because of what he did but because of who he was.
Kyle Grisham, Ryan Grisham, Reese Grisham, Joe Criswell and Josh Dow will be active pallbearers. A private burial service will take place at Harpeth Hills Cemetery. A Memorial Service will be conducted for special friends and family at Brentwood United Methodist Church.
In lieu of flowers, contributions can be made to the Brentwood United Methodist Church Foundation, or the charity of your choice.