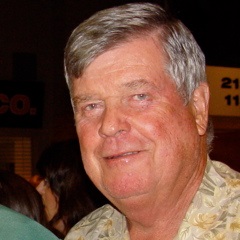 Born in Birmingham, Alabama on December 7, 1936

Departed on January 15, 2019 and resided in Franklin, Tennessee

He was a native of Birmingham, AL. A graduate of McCallie School in Chattanooga, TN, a graduate of Auburn University with an Electrical Engineering degree. He served in the US Navy and was based in Richmond, VA during the Korean War. He was a McDonald’s licensee in Huntsville, AL and Middle TN for 36 years. The last 17 years he established and grew Colorburst Landscaping to one of the largest landscaping maintenance and installation companies in Middle TN.
His lifelong passions include hunting, fishing, golf, Auburn University sports. He was instrumental in the development of Auburn University Athletics Fundraising, Ronald McDonald House and Children’s Charities in Nashville, Jaycees and Muscular Dystrophy. He was instrumental in the planting of six Episcopal churches within the Middle Tennessee Episcopal Diocese.

A special thanks to Dr. Anderson and to Frank’s personal caregivers and Wholecare throughout this last year.

In lieu of flowers, donations may be made to The Church of the Resurrection or The Ronald McDonald House Children’s Charities of Nashville.