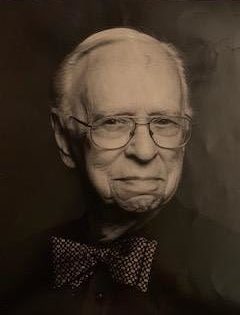 Departed on August 1, 2019 and resided in Nashville, Tennessee

After living a very full 94 years, Edgar Arthur Reed, M.D., J.D., passed away on Thursday, August 1, 2019. Ed was a loving father, friend, volunteer, teacher and mentor to many. His intelligence, constant desire to learn, spunk, wit, dry sense of humor and caring nature are just some of the characteristics that will be missed most by those who knew and loved him.

He was the oldest of four children and preceded in death by his parents, Charles and Ilah (Mahoney) Reed; his brothers Donald Reed and Keith Reed, and his sister Winifred Joice.

Ed was a 1943 graduate of Culver High School in Culver, Indiana. His constant pursuit of knowledge and education led him to receive his BS(Ed) in 1951 from Indiana University, School of Education (with AF ROTC Military Honors); his M.D. from Indiana University School of Medicine in 1957; and his J.D. (with honors) from John Marshall School of Law in 1971. He served as a Medical Resident (Internal Medicine) at the VA Hospital and the University of Buffalo School of Medicine, in Buffalo, NY from 1958-60 and at the VA Hospital and Case Western Reserve School of Medicine in Cleveland, OH from 1960-1961. After several years in private medical practice (Internal Medicine and Cardiology), Ed began a long and successful career with the Veterans Administration, working at the VA Headquarters in Washington, D.C. as well as several VA Hospitals across the Nation. Ed served as the Chief of Staff for the Alexandria VA Health Care System in Pineville, Louisiana and a Clinical Associate Professor of Medicine at Tulane University – School of Medicine in New Orleans, Louisiana from 1985 until he retired in 1996.

Ed proudly served in several branches of the military. He was a WWII veteran, serving as a Navy Corpsman with the 6th Marine Division in the Pacific Theater and China; 1st Lieutenant/Laboratory Officer with the United States Air Force Hospital Service Corps; and Colonel/Medical Corps with the Georgia National Guard.

He enjoyed his hobbies and volunteer activities, which included aviation (instrument rated pilot); Red Cross Disaster Relief; acting/directing/writing for the local theatre when he lived in Alexandria, Louisiana; a supporter of the Symphony and a voracious reader. In his earlier years, he was an accomplished Eagle Scout with Bronze Palm Order of the Arrow. Ed truly led a life that he conducted on his own terms and is one to be admired and remembered fondly.

Memorial Services will be held at 11am on Saturday, September 21, 2019 at the Harpeth Hills Memory Gardens in Nashville, TN. In lieu of flowers, we ask that donations may be made to the Indiana School of Medicine, https://www.myiu.org/one-time-gift. Please search for the IU School of Medicine Fund and indicate that your donation is being made in memory of Edgar Arthur Reed, M.D., J.D.