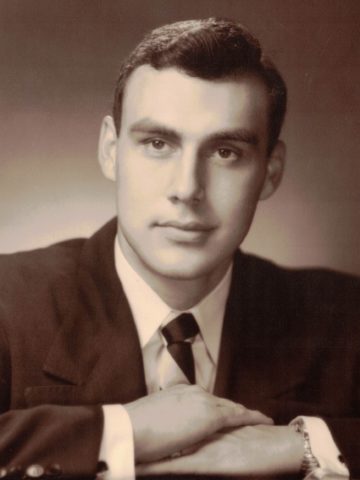 Departed on July 25, 2020 and resided in Nashville, Tennessee

Donald Lee White was received by the Lord on July 25, 2020. He was born in Nashville, Tennessee on June 19, 1933 and remained a life-long Nashvillian.

Don attended Duncan Preparatory School before attending the University of Tennessee and Middle Tennessee State University. Upon discharge from the United State Air Force, Don went to work for Eisele and Company selling medical supplies. A man of varied interests, he later owned White Texaco and carwash, and became a professional photographer, starting his own photography studio, Photographic Presentations. He loved to hunt and fish, and raised a small herd of cattle on his treasured Hidden Acres Farm. He now has the best seat in the house to watch his beloved Tennessee Vols.

He was greeted in Heaven by his parents Seigle and Irene Ward White, and his sister Natalie White.

Don is survived and missed by the love of his life and wife of 62 years, Arlene Hightower White; son, Scott White (Karen), and daughters Sharon Owen (Billy) of Waco, Texas, and Jennifer Barnes (Scott) of Dallas, Texas. He was blessed with 11 grandchildren Alex, Ethan, Addison, and Griffin White of Nashville; Drew, Maddie, Reagan, Allison and Paige Owen of Waco, Texas, and Will and Libby Barnes of Dallas, Texas.

The family is deeply thankful for his loving caregivers Inez, Sandra, Chatonya, Kenya, Maegan, and especially Georgia.
You may share condolences with the family at the Harpeth Hills website: www. HarpethHills.com.