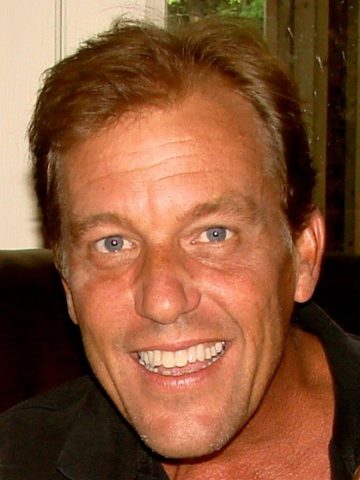 Departed on February 23, 2019 and resided in Franklin, Tennessee

Dennis, the man, the myth, the legend, passed away Saturday after a three year battle with ALS, and Heinekein International’s stock price declined drastically. He was born in Clarksville, Tn on a sunny Saturday. He grew up in Nashville, graduated from Hillsboro High School class of 1975, and attended Peabody College and MTSU.

Dennis and his father, started Spain Enterprises in 1980 and it grew into Grassland Financial, a small family real estate finance business now operated by his son, Dustin.

Dennis was a loving husband, father and grandfather. An ardent fan of soccer, he was the ultimate soccer dad never missing a game, always scouting out the opposing team for defensive strategies, and schmoozing with his beloved soccer families. Dennis loved Vanderbilt sports, never missing the games on tv until this last basketball season when he couldn’t stomach watching the Dores any longer. He loved to travel, cycle with friends, and watch his children and grandchildren flourish. Dennis loved laughter and was a member of the infamous Stud Buds acting troupe for a short time. He also was a true foodie considering himself the ultimate food critic. Dennis was a generous man whose greatest pleasure was helping those around him in time of need, always rooting for the underdog. He was a loyal friend, sometimes to his own detriment. Right or wrong, he stood up for things he believed in and those he loved.

Dennis was married to his high school sweetheart for 39 years, sometimes to her detriment, but for the betterment of society in raising their four children. “Through teardrops and laughter, they walked through this world hand in hand.”

Honorary pallbearers are Nelson Parks, Rich Parks, Fields Puckett, Kevin Craddock, and Bill Lester . . . the best of friends who showered their love and attention during this difficult time.

We would like to thank our incredible network of family and friends for their unwavering support. You all never missed a beat! Thanks to his care team of doctors and nurses, especially to Dr. Merit Cudkowicz, top ALS doctor at Massachusetts General Hospital in Boston, MA. A special, special thanks to Dr. Wes Ely (Vanderbilt) for reminding our family of who we are.

In lieu of flowers, donations can be made in honor of Dennis to The Healy Center for ALS @ Mass General and mailed to the Massachusetts General Hospital Development office at 125 Nashua St. #540 Boston, MA 02114 Attn: K. Wojcicki. Donations can also be made online at giving.massgeneral.org. Please be sure to indicate that the gift is a tribute gift in honor of Dennis Spain.
Visitation will be from 12-1 p.m. on Wednesday, February 27, 2019. A Celebration of Life Service will be at 1 p.m. on Wednesday at Harpeth Hills Funeral Home.