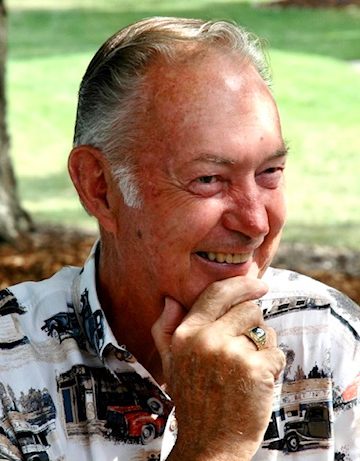 Departed on December 31, 2020 and resided in Franklin, TN

Dave graduated from Morrisville Technical Institute in 1952. He enlisted in the United States Air Force and served during the Korean War in Guam and Japan. He went on to become a Staff Sergeant in the 15th Air Force Strategic Air Command (SAC), 99th Bomb & Reconnaissance Wing at Fairchild Air Force Base in Spokane, WA. Dave was the Crew Chief on 11 Convair B-36 “Peacemaker” strategic bombers. There are only four B-36’s left in existence and one of them is a plane from Dave’s fleet: tail #13730, now at Castle Air Museum in Atwater, California. Dave played the bugle in the Air Force Drum and Bugle Corps, playing at parades and events up and down the West Coast of the United States and Canada. He also served in the Color Guard and had the honorable role of carrying the American flag.

Dave and Donna were married in 1984 and moved to Nashville, TN in 1987. Dave continued as a designer and builder of both residential and commercial projects, which included the renovation of the stained-glass window at St. Paul’s Episcopal Church in Franklin, TN. He was loved and respected by his many clients in the Nashville/Franklin area, where he was commonly seen with a can of Pepsi in his hand. When Dave was not working, which he enjoyed, he also liked watching NASCAR and the Tennessee Titans.

In lieu of flowers, the Montague family request that donations be made to The Store, a non-profit grocery store created by Brad Paisley and Kim Williams-Paisley (The Store, PO Box 128287, Nashville, TN 37212).