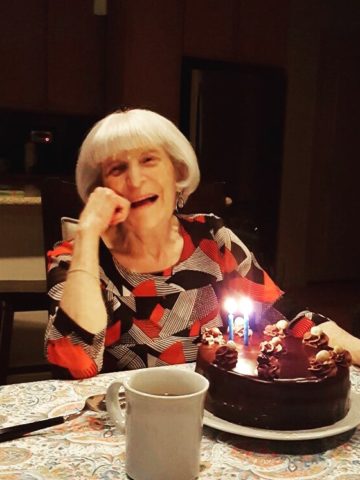 Departed on August 6, 2020 and resided in Nashville, Tennessee

Carol T Nocera (Farula), age 93 of Nashville, TN died Thursday, August 7th, 2020.
She was born on September 4th, 1926 in Liberty, NY to James and Mary Farula. She was preceded in death by her husband, John, her parents James and Mary, her brother Gerard, her son Pasquale and her grandson Keith.
She is survived by her two daughters – Margarita Nocera and Paula Lavden, son in-law Walter and three granddaughters – Ashley, Gabby and Karra, and her future grandson in-law Simon
Private visitation for family only on Monday, August 10th at 11am.
She loved being near family which prompted her recent move to Nashville after living in CO for almost 15 years. Her favorite hobbies included shopping, especially at Macy’s, baking and she was known to cook a good meal or two. She also would never pass up a chocolate dessert, chocolate was her favorite.
She will be missed dearly