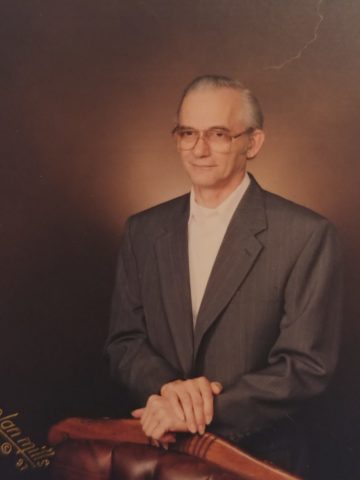 Departed on November 5, 2020 and resided in Fairview, TN

Bobby Lee Cranford –83 –of Fairview, TN entered his everlasting life on November 5, 2020. Born September 10, 1937 to Dallas Hobart and Mother Margaret Ervin (nee Yates) Cranford in Thomasville, NC; Bobby happily retired in 2003 with 44 years from the Thomasville Furniture Industries in Thomasville, NC. During and subsequently after retirement, Bobby enjoyed the company of his family, friends, NASCAR racing, and western movies and shows. Relocating to Fairview, TN in 2005, Bobby continued his passions which became interrupted by a stroke on October 16, 2020. Due to complications and entering home hospice care on October 24, 2020, Bobby moved into the ever-last while being surrounded by his spouse Gloria Ann (nee Brewer) Cranford and Sister-in-Law Annie Ruth (nee Brewer) Pule. Preceded in death by his parents, Brother Wilson James of High Point, NC; and Brother-in-Law Kenneth Wayne Hill, of Thomasville, NC; Bobby is survived by his spouse of 44 years, step children Norace Allen Beam, and Connie (nee Beam)and Spouse Barry Rambinall of Louisiana. Also surviving is sister Gracie Elaine (nee Cranford) Hill of Thomasville, NC, and sister-in laws, Burnetha “Pat” Locklear, Jean Carolyn (nee Hunt) and spouse WilliamTriolo–both of Baltimore, MD--and six step grandchildren and ten great-grandchildren and numerous nephews, and nieces. His spouse Ann and family would like to express the most heart-felt appreciation to the most compassionate care, concern, and professionalism given to Bobby during his home hospice by Alive Hospice of Nashville, TN. Viewing and ceremony of life has been restricted to the most immediate of family. In lieu of flowers, the spouse and family is encouraging donations to Alive Hospice at https://www.alivehospice.org/support-us/ways-to-give.“I have fought the good fight, I have finished the race, I have kept the faith” 2 Timothy 4:7