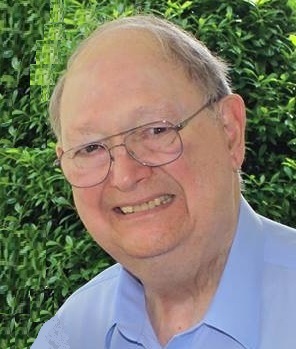 Departed on September 19, 2019 and resided in Nashville, Tennessee

He loved the Lord and loved teaching others about Him in any capacity, from Sunday Bible classes and preaching to teaching students in college. He preached for churches in Mississippi, Tennessee, Texas and Florida. Bill’s favorite book of the Bible was the book of John. He would spend countless hours studying and eventually wrote a commentary on the book.

Bill was a family man who dearly loved his wife, children and grandchildren. He also loved LSU Football and regularly continued to follow his high school football team. In his earlier years, Bill could regularly be found on the golf course, a passion he shared with his late son, Keith.

In 2003 Bill married Rebecca “Becky” Goree and their family grew to include her children, Steve Brewer, Mimi Williams and Jan Upchurch, and their children. Becky loved and cared for him until her cancer made it impossible for her to continue.They were married 15 years until her passing August 23, 2019.

A celebration of life memorial service will be held at 11 a.m. Saturday, September 28th at West End Church of Christ. Bill will be privately laid to rest next to his wife Becky Goree in the Garden of the Cross of Harpeth Hills Memory Gardens. A portion of his ashes will later be scattered in the Smoky Mountains where the family scattered Lynn's ashes.