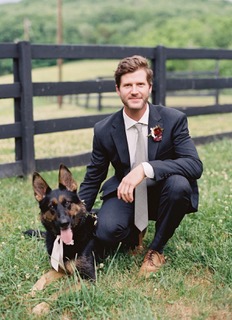 Departed on June 3, 2019 and resided in Nashville, Tennessee

For Alexander Collins, the world did not speed by unnoticed. He liked things that moved slowly. He liked woodworking with his father. He liked swimming in a river with his wife and their dog. He liked Tuesday morning breakfasts with a set group of friends. He liked to buy books he’d find at used bookstores and read them to his wife’s belly. He was excited about being a father.

In all of these things he was able to engage the kinds of stories that many of us have forgotten how to live.

As a young humanitarian, Alex traveled thousands of miles in a broken-down van to represent the non-profit Invisible Children at concerts, telling people about a pain in the world thousands of miles away. He then influenced influencers to leverage their platforms for the cause and later skillfully used modern advertising techniques to create a movement that would free thousands of child soldiers.

As a fan of people, Alex understood that no person can be nurtured if they are distracted by a fleeting ambition. The ambitions Alex had were definite, but gentle. He wanted to be a kind husband, a good son, and a dear friend to all who knew him.

As a professional, Alex was a tremendously competent events director at StoryBrand where he enjoyed bringing hundreds of people together for a collective experience, whether that was for a concert or a business conference. He understood that people did not just want to be entertained, they wanted to be considered, to be heard and to be cared for. The numbers on his spreadsheets made no sense unless they worked to create a community.

The pace in which Alex experienced life was obvious to his friends and family. Alex was able to sit and watch you grow, even while the fictional pace of the world threatened to leave you behind.

Alex is survived by the love of his life, Beth Collins and their unborn son, who he affectionately nicknamed Copper, a cat named Coconut and a German Shepherd named Kaloko who was adopted after failing out of military dog school for being too nice.

He is also survived by his loving parents Mary and Dennis Collins, brothers Adam, Andrew, and Adrian, and his sister Amanda, grandparents Harvey and Linda Collins, and scores of in-laws, aunts, uncles and cousins, by whom he was beloved.

Alex and Kaloko shared a kindred spirit. They both understood that while there is honor in the warrior class, there is also no shame in being a powerful creature that will not learn to bite.

The memorial service honoring Alex’s life will be held at Benton Chapel on Vanderbilt University’s campus on Thursday, June 13 at 1 pm. In lieu of flowers, donations can be made to The Onsite Foundation at theonsitefoundation.org.